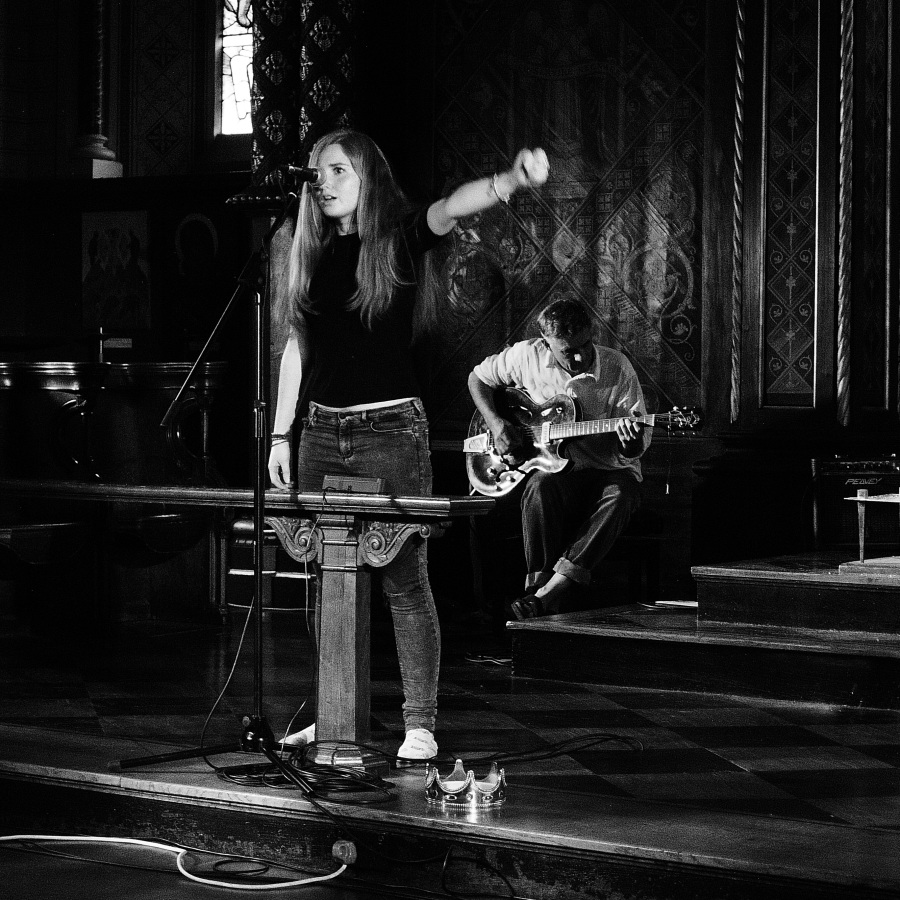 How did the idea of Performing Utopia arise?

Sanja Perovic: I’ve long been intrigued by the idea of performing this play, written by the radical egalitarian Sylvain Maréchal, one of the first anarchists/socialists in the revolutionary tradition. This rarely staged play was performed in Year II (1793) just over one year after the new French Republic had been declared. It is the first example of participatory theatre in a revolutionary context and a precursor of the avant-garde theatre of Jarry and Mayakovsky. Although this play is immensely interesting from a theatre-history perspective, our aim was not to stage a historical curiosity or heritage project. Instead we wanted to use the play as a means to consider the Revolution as something that belongs both to the historical past and our own present. To this end, we sought to incorporate student discussions and translation decisions into the scenario and concluded with a discussion with contemporary representatives from egalitarian movements to create a kind of ‘manifesto’ around the play.

Simon Hatab: When Sanja and Soizick suggested that I stage the play with their students, I was immediately intrigued by the idea of considering Maréchal’s utopian projection of a European-wide Revolution from a contemporary perspective. It is what motivated me to bypass some of the difficulties of the original text.

What are some of these difficulties?

Simon Hatab: Maréchal’s thought is very extensive, broad-ranging and dense but also hammers home its message, brooking no contradiction. It speaks of Day of Judgement. To stage a play however I need to find the vulnerabilities, the flaws, the contradictions; in short all that which makes up the ‘drama’ of the text.

Sanja Perovic: What is specific to this play is that the dramatic tension does not reside in the plot or dramatic action but the way in which the play interacts with the outside world. The kings put on stage and eventually killed by an exploding volcano were real monarchs who were actually waging war against France as the play was performed. Republican soldiers were carrying copies of this play in their rucksacks. And one of the actors almost refused to play his role because he was worried he would be hanged should the King of Poland prevail. In fact the play opened just two days after the execution of Marie-Antoinette. So the challenge for us is to capture this tension between the play and the world outside it. This is why farce is so important. Through aggressive laughter the audience was able to transfer some of its fear about the Revolution’s potentially imminent failure but also their enthusiasm and amazement at what had become possible. That the righteous anger is transmitted through laughter is the most difficult aspect of the play to capture outside of its context. So too is the repertory of farcical gestures and its relation to the carnivalesque, this real sense that the play captures of a world permanently turned upside-down.

How did you overcome these difficulties?

Simon Hatab: Together with the students, we read this text not from the standpoint of the historian – Sanja having sketched out the main contextual elements – but from our twenty-first century perspective, that is to say from the perspective of the spectator who discovers the play for the first time. We identified some shortcomings, which led us to question Maréchal’s view of women (in another notorious publication he drafted an imaginary law forbidding women to learn how to read) and of the ‘natives’ – labelled as ‘savages’ in the text. We discussed these aspects and questioned the author’s standpoint. We then began improvising on these issues, basing ourselves on the text and trying to imagine possible responses, but using exclusively theatrical methods. These improvisations were then written up as small vignettes, dramatic scenes, that supplemented Maréchal’s original text. In fact we displaced the original text in order to stage not just Maréchal’s play but also his vision of the world.

Sanja Perovic: This addition of textual layers – not just the student improvisions but also a text by the revolutionary feminist Olympe de Gouges, a poem by the Japanese poet Hôsai spoken entirely in Japanese, the sans-culotte who breaks out in English – resulted in some intriguing effects. For example there was a moment of surprise when the ‘noble savage’, who communicates only through pantomime in the original play, suddenly describes her vision of European civilization entirely in Japanese. This highlighted not just the importance of language but also the fragility of communication. The overall effect was of a floating mixture of voices – angry, eloquent, incomprehensible – which really foregrounded the problems of communication, a crucial challenge for any revolution and for theatre.

You also invited present-day activists not just to participate in the debate after the play but also to intervene throughout the performance. What was the idea behind this?

Simon Hatab: In order to uncover the contemporary relevance of the play and to rescue it from a purely ‘erudite’ approach, it was vital to invite representatives of today’s civil society who are engaged in various movements, which each in their own way aim to change the world. We thus invited Rahila Gupta, from the Southall Black Sisters, an organization that fights for women’s rights and against racism, David Dominic from Occupy London and Stathis Kouvelakis, who teaches at King’s College London and is a member of the party currently in power in Greece. One of the questions we posed to all three activists was: Is the Revolution today still a utopia when even the radical Greek left uses the ballot box to take office?

Sanja Perovic: There was also a further aesthetic aim, namely of dissolving the theatrical frame of the play, its implied separation between actor and spectator, so that eventually through these interruptions, digressions and eventual debate we could – however modestly – see emerge the revolutionary hope of a performative speech act; of words that become deeds.

Simon Hatab: For me it was important to involve our invited guests not just in the debate which followed the performance but also during the performance itself, in order to break down the walls which separate the theatrical space from reality – a way to remain faithful to Sylvain Maréchal’s own wishes to break down the walls of the theatre and actively connect with citizens.

What is your assessment of the activist statements?

Sanja Perovic: Their statements were interesting. What struck me most were the different styles of self-representation. We didn’t give them any instructions about how to approach their part. We just sent them the text of the play and asked them to talk about themselves and their political engagement. Rahila, who did not like the play, chose to tell a story: a moving account of her grandmother, in India, who was a victim of the discrimination against women. She presented herself as the bearer of a story, which stood for many stories. In contrast, David began his statement by indicating that he didn’t represent anyone other than himself. So we had two very different self-presentations, corresponding to different experiences and understandings of what the struggle for equality entails today.

What do you think such a project can bring to the students?

Sanja Perovic: An important aspect of the project, which is not evident from the performance itself, is the extent to which this was a collaborative translation project between our own students, who study French, and students in France, who are studying English. My colleague Soizick Solman has been leading a number of remarkable collaborative translation projects for a few years now. These collaborative translations really challenge the traditional idea of translation as something undertaken by one person who provides unity of voice and vision to the text (and of course asserts copyright over their work). This idea of the text itself as something constructed through a shared language that no one ‘owns’ is in itself a revolutionary idea. I like to think that Maréchal would have been pleased to see his text used as a kind of ‘toolbox’ enabling a number of different people to get involved, as translations (and the inevitable discussion they raised) took place in student residences, across kitchen tables and between friends and family.

Simon Hatab: I should say: ‘This project shows students that they can critique, recreate, and re-appropriate culture in order to use if as a means of questioning our own society.’ But to be honest, whenever one undertakes such a project with students, it is difficult to know what they will take away from it. This is all the more the case as we have deliberately chosen not to impose upon the students any particular idea. The performance reflects their own vision that they created. Throughout the discussions, comments and reactions, the students developed a very nuanced and personal understanding of the play. But what will they do with this now? I don’t know. This project comes at a particular moment in their life. Next year, they will all have left King’s. After the play as we said our goodbyes, one of the students told me that ‘Next year, real life begins’. I don’t know what role they will choose to play, but in any case, they are aware that the real show is about to begin.